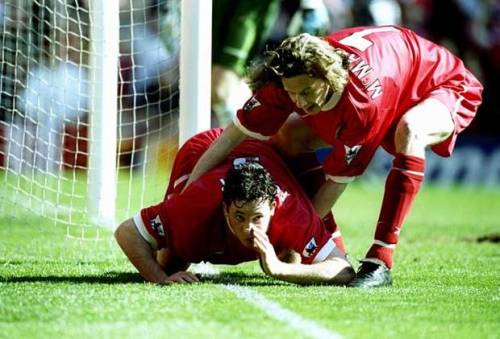 The Olympics is an iconic event and the posters that accompany each games help to define our memories of them. In my opinion these are the best Olympic posters to date. 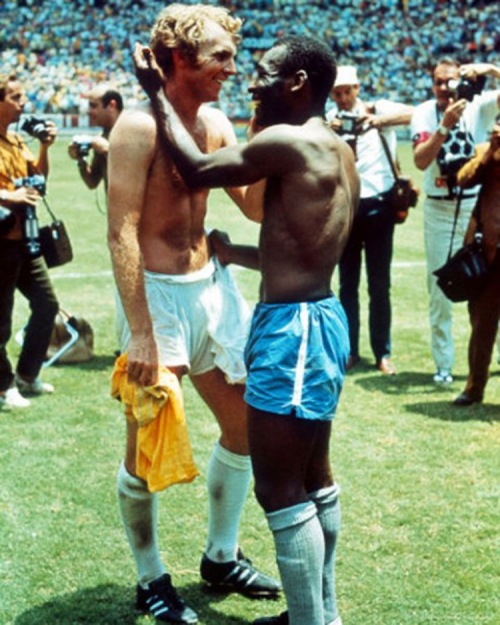 What now for Liverpool?

This afternoon Liverpool FC lost 1 0 away to Sunderland. This is the first time the club has lost 3 league games in a row since 2003 and are now laying in 7th posistion, 27 points behind Premier League leaders Man City, and 10 points behind 4th placed Arsenal. Despite the optimism created by their recent narrow victory over Cardiff City to win the League Cup and with £100 million of investment in the playing squad in the last  14 months, Liverpool’s performances in the Premier League have been poor and and as the season draws into its final stages, England’s most succesful football club are million miles from qualifying for the Champions League never mind winning the title.

In order to understand Liverpool’s trouble’s in the league then several areas need to be analysed – the signings, the team’s tactics, and the management. There has been an overhaul of the playing squad since Kenny Dalglish took over in January 2011 thanks to the financial support given to him by the new American owners, Fenway Sports Group. Some of the signings made, for example, Jose Enrique and Craig Bellamy have been excellent, and bringing a player like Luis Suarez, even with the controversy surrounding him, has on the whole been good for the club. But the fact that approximately £75 million has been splashed out on Andy Carrol, Jordan Henderson and Stewart Downing has to be seriously questioned. I understand the argument that Carrol and Henderson are long term projects, but with that type of investment Liverpool need better value for their money. David Villa, a World Cup, European Championship, and Champions League winner cost the same amount when he moved to Barcelona 6 months before Carrol moved to Liverpool. For the £35 million, regardless of any situation regarding the transfer, is ultimately a waste of money. The same can be said for Jordan Henderson and Stewart Downing, who are simply not good enough to play for Liverpool, they are mid table Premier League Players and that is where they are dragging Liverpool too. Hopefully I will be proved wrong, and I would love to see Carrol be a great number 9 for Liverpool and England, but at the moment he doesn’t look like being that player. Furthermore, Charlie Adam, was a great player for Blackpool during their single season in the Premier League, but it is clear that he is a long way off being like any of the great Liverpool midfielders of the past. He has proved to be inconsistent, often selfish – trying to pull of the Hollywood pass or go for goal, and not having the temprament for the big occasion. In order for Liverpool to compete at the right end of the league and get back to the Champions League then I think a change in strategy for buying players need to be made.

Liverpool’s main problem is not scoring enough goals. Carrol has failed to live up to his £35 million fee, Suarez is a great creator but a poor finisher, Dirk Kuyt’s predatory instincts are not as good as they have been throughout the rest of his time at Anfield, and the midfield do little to contribute to the goals tally. Therefore the priority needs to be to bring a great goalscorer to the club. Roberto Soldado of Valencia or Fernando Llorente of Athletic Blibao could be a perfect fit. But Dalglish, Damian Comoli, and Fenway sports, must realise that the investment in British talent needs to be matched with investment in quality in front of a goal. We must remember that Suarez was bought to play with Torres, so I believe we will not see the best of him until he forms a partnership with another top forward. Overall the spine of the Liverpool team is great, Pepe Reina is a top keeper, there is little to complain about with the back 4, Agger and Skrtel have been formidable. Lucas has developed into a top holding midfielder, Gerrard is a magnificent player and will continue to be for a while yet providing he can stay injury free, and Luis Suarez has proved he is a world class talent. Therefore if the right players are added to the squad then we should have a right team, but the fact that is March and we lay in 7th, way behind our rivals, then it is clear that the current new signings have failed.

There is no doubt that Kenny Dalglish is a legend within Liverpool football club, he has achieved unparalleled success both as a player and manager. However we should not let our emotions get in the way of judging the job he is doing. Liverpool will not finish in the top 4 this season, we have only won 4 league games at home, a hell of a lot of money has been spent on the wrong players, and the Suarez-Evra affair was handled terribly.  Granted ending the 6 year trophy drought, is a success, and Liverpool are still in the FA Cup, is this enough for Fenway Sports Group, and more importantly is this enough for the fans. Dalglish should not be judged to the end of the season, there is still time to turn it around, but ultimately things need to change on the pitch for Liverpool otherwise the club could be cut off from the elite of English football. 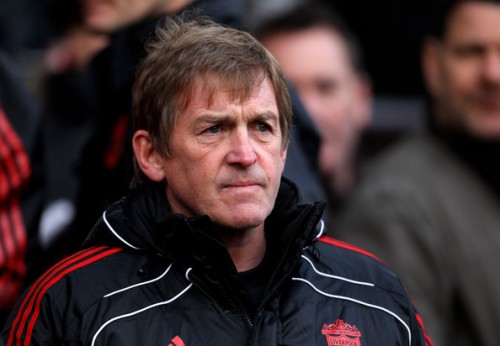 Which Bundesliga Club is for you? 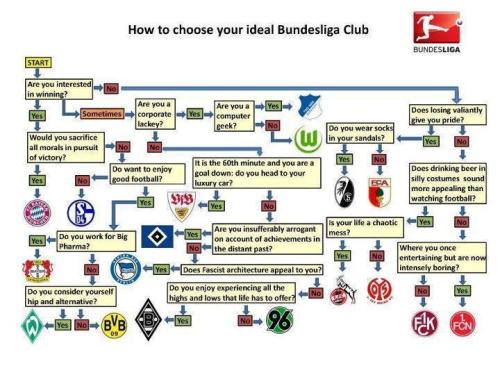 With only a matter on months to go until the European Championships in Poland and Ukraine and after everything that has unfolded in the last month involving the FA, Terry Cappello it is of paramount importance that England have the right leader on and off the field in the summer. Harry Redknapp is clearly the popular choice to become England manager and it is difficult to look beyond him at this moment in time, and I can’t really think of anyone else who could do the job. In my opinion no other English managers are up to it, Harry is the most succesfully English coach at the moment so if we are going to have an English man it has to be  him. Gus Hiddink, who’s name was floating around for a while has taken a job in Russia, Rafael Benitez craves a top premiership club, and I don’t think Mourinho is quite ready to take on a national side and he is probably waiting for the right job to appear somewhere in the elite of English football. Therefore I’m assuming, much like the rest of the country and the media, that Mr Redknapp will manage Engalnd at Euro 2012, that just leaves one question, who will be captain?

A few players have been tipped for the armband. The young but exceptionally talented Manchester City goalkeeper Joe Hart who is guaranteed his place in the team.The hard working, old-school midfielder Scott Parker, who was voted player of the year last season despite being relegated with West Ham and has become one of the best players in the league under the guidance of Redknapp at Tottenham. Phil Jones, the young and dynamic center back who many suggest to be a natural leader. Wayne Rooney, arguably the most talented English footballer but at times can be reckless and it is because of this that he’ll miss the first two games of the tournament. Compelling argument’s can made for all of the aforementioned candidates but there is only one man that deserves the job, Steven Gerrard.

In an age where loyalty is all but dead in football, there is one man that stands out as an exception, that Huyton born Liverpool captain Steven Gerrard.  Described by Zinedine Zidane as one of the greatest midfielders in the world, Gerrard has the skill, strength and desire to play at any club in the world, however since he was a kid in the academy he has stayed true to the Liver bird. Why should this make him England captain? For a start it demonstrates that this is a man that truly plays with passion when he pulls on a shirt, he is a man of integrity and a man that others respect. Three key characteristics that make him suitable to captain the national side. Some will argue that Gerrard can never replicate the incredible performances he has made in a red shirt in white, but I can only point you to this as an overwhelming counterargument http://www.youtube.com/watch?v=HpgkXNOkSCw . 6 weeks after the disappointing  2010 World Cup England needed to regroup and come back stronger, they found themselves 1 0 down to Hungary, who steps up to score to sublime goals? the captian on the night, Steven Gerrard.

Furthermore Stevie is the most experienced man for the job, he has captained Liverpool for 9 years since the age of 22, the added responsibility only making him a better player. Due to the crisis around the armband in the lead up to the last world cup Gerrard became captain and was the only English player to return from the tournament with his dignity in tact, and when the captaincy was taken away and restored to Ferdinand and Terry did we hear Gerrard moan? No, of course not. The guy has class. Gerrard has vast experience of playing at the highest level, 2 Champions League Finals, one of which he was the inspiration for the greatest comeback ever seen on this stage, countless European semi-finals as well as FA Cup, UEFA Cup and League cup finals. There is no player in the English game that can take a game by the scruff of the neck like Stevie can, whether this is through crunching tackles,  a raking cross field pass, or by slamming home vital goals in the last minuite of a game like he did against Olympiakos on route to winning the Champions League or against West Ham in the FA Cup final.

I’m certain that no one else can come close to the man who has 89 caps for his country, has dragged a Liverpool team to success over the last decade and has more fight in him than any other player in England. So Mr Redknapp if you become England manager, here is your captain, Steven Gerrard. 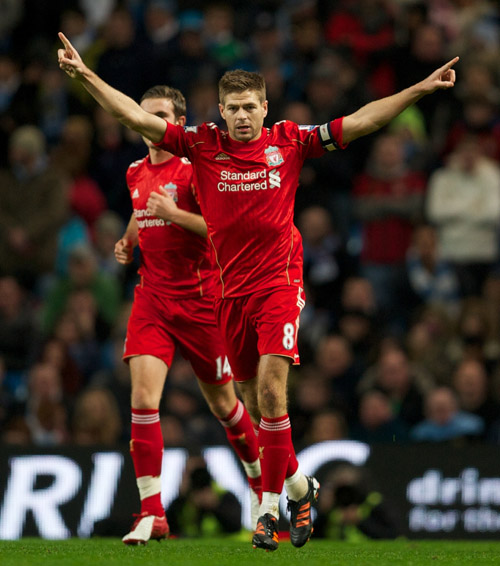 Having picked something random to be my first post, I immediately find something I want to talk about. Apparently ex-footballer Eric Cantona wants to be the next President of France. There is nothing i like more than a controversial and intriguing character in sport, and even though I’m a Liverpool fan and so tend not to favour ex-Man Utd players, I cannot help but to love Cantona. I also have a soft spot for any slightly mad and aloof politicians so this could be a perfect mix providing he doesn’t kung fu kick and innocent spectators. This recent episode only goes to prove how great he is and demonstrates that footballers can be interesting. He’s got my vote!